How HomeTheatre AV Receivers Are Better Than Amplifiers 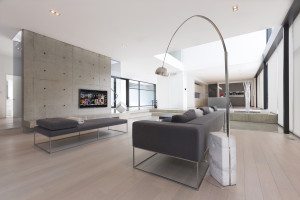 A proper and high-quality home theatre system will involve many components. Some of these components might be named similarly and render a few similar functionalities but you should not be confused when it comes to the necessities of these components. For instance, it is common for consumers to get confused between the A/V receivers and amplifiers. But the differences between these two components are not too complicated for you to comprehend.

There are many forums online and you can browse through these forums to get a clear understanding of the differences between the amplifiers and receivers and the benefits of using each of these component. Here, you will get to know which component is used for certain conditions. Basically, you need to choose the technology that suits your requirements, musical tastes and convenience.

The functionalities and capabilities of an amplifier are explained by its name itself. Well, these components amplify sound and are different from the hometheatre AV receivers. An audio source such as a CD player or musical instrument will feed the audio signals into the amplifier via a cable. Then, the device enhances the sound in a various ways and outputs the same via inbuilt or externally connected speakers. Only high power amplifiers measured in watts product the louder sounds with high clarity. Notably, the low quality amplifiers that cannot handle high levels of volume will distort the audio output.

What You Need to Know About Home Theatre AV Receivers

Talking about receivers, there are two types of models – stereo receivers and A/V receivers. The stereo receivers have the ability to amplify sound, control the volume and double as a radio tuner. All these functions can be done at the same time. It is an all-in-box that links to the speakers for additional power. But there are users who like to use a component to tune the systems separately. Notably, without a switch box, it would be impossible to connect the stereo receiver to the other video outputs. 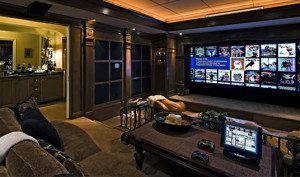 If you want to link the home theatre system to your TV and stream videos, then you need to use home theatre AV receivers. Such systems can route the video signals that enable users to stream any video freely from the DVD player or game console. You just have to utilize the control and switch between the input models to play the videos from different sources to be displayed on the TV. Such receivers can render the same functionalities as the stereo receivers such as routing and amplifying the incoming signals from the source to the speakers. But these systems offer additional benefits such as,

Notably, the additional features of the A/V receivers will help in taking the signals so that the outputs are relayed to one video display. if you have multiple sources that feed to a television without an input port, you need to choose hometheatre AV receivers. In fact, the notable difference between the amplifiers and A/V receivers is the ability to tackle a video.

You can choose heavy duty amplifiers as these can offer a cozier feeling sound that reacts well to the various music styles. These amplifiers are easier to upgrade as you need not replace the reamplifier whenever a new technology emerges.

Notably, both amplifiers and receivers are great components meant to strengthen the quality of audio output. However, these components are different in terms of their own functionalities. Some users choose receivers for the affordable pricing as well as convenience. But there are users who bring home amplifiers or other separates for their modern systems.