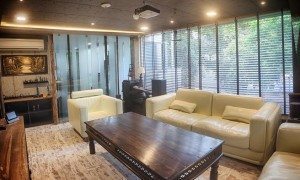 If you thinking to add blu ray player for your house, you need to be aware of certain terms about the player. It will help you in a great way to easily install a music and video system set up in your house. Some people will be planning to set up in commercial areas and find hard to bring the right music effect as per the environment and surroundings. In such scenario, you can get help from leading automation companies as they have enormous experience in blu ray and home theatre installation Chennai.
Here sharing some important terms associated with Blu ray system which you should be aware of.

There are some standard features which will be present in all the blu ray players. It will be included even in low range models.

HDMI: It is an important connection that helps in transmitting top quality resolution audio indication and 1080p video signal from the blu ray system to the home entertainment system. If you are purchasing the latest Blu ray players, you would find HDMI as the single output where it helps to transfer high definition video. Do not miss to buy HDMI cable. It will surely remain useful whenever you are using the blu ray system. Nowadays, the blu ray system manufacturers have stopped to add analog video connections and have switched to add HDMI ports.

USB: When there is a USB port in your blu ray system, you can use it for various purposes. You can add the latest firmware when there is no network. It is also possible to insert the USB drive and use it as local storage to enjoy all the features of the blu ray system. It is possible to play various digital media files like photos, movies, and music that has been stored in your USB drive. If the blu ray player does not have Wi-Fi feature, you can add that particular function with the help of inserting Wi-Fi USB dongle.

BD-Live: The latest blu ray systems comes with internet connection. It means you can connect to your local internet using the wired Ethernet port. It helps the system to get updated with the latest system features. It will get connected and download the features online. The BD live content is possible to download. It is an interactive internet-based content which is provided on blu ray movie systems. Some common kinds of BD live content would include movie trailers, making-of featurettes, games, and trivia.
High-resolution audio: The blu ray setup helps in getting excellent video quality. In the same way, you need to arrange for a sound set up that supports your blu ray. DTS HD Master Audio and Dolby True HD formats support most Blu ray systems. It allows transmitting about eight networks of uncompressed audio.

These features will not present with entry level Blu ray players but it is mostly present in higher and middle-level models.

Smart TV with blu ray: The term smart is mostly used to mean several network-based and web-based features that are offered on the blu ray player, networkable television, receiver, etc. Smart TV with blu ray would have exclusive features like streaming of demand services like YouTube, Netflix, and Hulu Plus, social media services such as Twitter and Facebook, streaming photo sites such as Picasa, streaming music services such as Pandora and much more features. The features would differ from manufacturer to manufacturer. It is important to read the reviews of each manufacturer before purchasing a smart blu ray system.
Most blu ray manufacturers are providing free control app in the Android or iOS device, which helps the owner to control the system from their mobile phone.

Blu ray 3D: If you love watching 3D movies, you should definitely purchase a blu ray system with this feature. Nowadays, most movies are 3D based. The 3D capability feature in the blu ray allows you to watch latest 3D movies just from your home. The player would also support conversions from 2D to 3D, which you can watch a normal 2D movie in a high-end 3D mode.
Some of the high-end features of top blu ray models are Ultra HD Blu ray, universal disc playback, source direct mode, HDMI switching and much more.